The following is issued on behalf of the Maritime Professional Promotion Federation:

The Maritime Professional Promotion Federation (MPPF) and other maritime organisations jointly held a press conference, entitled "A Successful Maritime Professional Series", at the Hong Kong Maritime Museum today (July 8). The first woman in Hong Kong to qualify as a chief engineer of seagoing vessels, Miss Joanna Kwok, who was one of the speakers, talked about her experiences.

Miss Kwok has joined Anglo-Eastern Ship Management Limited since her completion of the Higher Diploma in Mechanical Engineering at the Hong Kong Institute of Vocational Education. Following her unflagging efforts over the past few years, she has finally achieved professional success in a traditionally male-dominated industry. Her experience has conveyed a significant and positive message to the shipping industry in Hong Kong and consolidated awareness among young people on vocational and professional education and training.

Hong Kong is an international maritime centre and has long held prime status in the global maritime industry. Nevertheless, Hong Kong faces the problem of a shortage of maritime professionals, which is an issue also encountered by other maritime centres. To encourage more young people to join the maritime industry, the MPPF took the initiative to launch a seagoing subsidy scheme between 2002 and 2004, providing scholarships for those who aspire to work at sea and helping them fulfil their dreams of working on board vessels. The Government also launched the Sea-going Training Incentive Scheme in 2004 to provide more deck cadets and engineer cadets with financial incentives, and to enable more interested youths to benefit from it. The Scheme provides a cash allowance to cadets under training, so as to enable them to realise their seafaring dreams. To date, more than 550 deck and engineer cadets have participated in the Scheme. Many beneficiaries have acquired Certificates of Competency (deck officer or marine engineer officer) and are working in various major organisations, including the Marine Department, which demonstrates the success of the Scheme. The Maritime and Aviation Training Fund (MATF) was later set up by the Government in April 2014 to support the manpower development of maritime and aviation sectors. Since then, the Scheme has been operated under the MATF. In May 2019, $200 million was approved to be injected into the MATF to sustain and enhance existing training schemes and scholarships, as well for launching new initiatives for the maritime and aviation sectors.

The shortage of maritime professionals is also seriously affecting the local market. Manpower training for young people is therefore also essential to the sustainability of the local market.

There are promising career prospects for cadets who complete their on-board training. Those who pursue a seafaring career have a 100 per cent chance of gaining an interview. They can work on vessels that either operate locally or travel further afield, or they can take up posts in various disciplined forces such as the Marine Police and the Customs and Excise Department. Generally speaking, it takes cadets about eight years to obtain master or chief engineer qualifications. After obtaining these professional qualifications with relevant work experience for ocean-going vessels, mariners can turn to shore-based maritime industries and take up managerial posts, such as marine officer, ship surveyor, ship manager, logistics manager and surveyor in classification societies. Alternatively, they may choose to further their studies and take up jobs in other maritime businesses after acquiring the related professional qualifications. Examples of such professions include maritime arbitration, maritime law, maritime engineering and marine insurance.

The MPPF was jointly formed by individuals from eight maritime unions and affiliated maritime organisations in 2002. Its objectives are to promote the maritime industry, to encourage young people to join the industry, to enhance relevant education and training, to nurture maritime talents and to maintain Hong Kong's status as an international maritime centre.

The Hong Kong Shipowners Association has lent its full and strong support by helping graduates who want to join the industry to find a job. The Association also helps cadets to tackle difficulties in working on board overseas and to adapt to their seagoing careers. The MPPF sincerely thanks the shipping companies that have provided trainee posts for graduates.

Seafaring is safe, professional and advanced, and offers attractive remuneration and bright prospects. Those who would like to pursue a career in the industry can consider studying the Higher Diploma in Mechanical Engineering or the Higher Diploma in Maritime Studies Programme under the VTC; mechanical engineering degree programmes under local universities; or undergraduate degree programmes offered by the Department of Logistics and Maritime Studies at the Hong Kong Polytechnic University. For details, please visit www.seagoinghk.org. 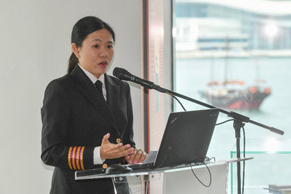 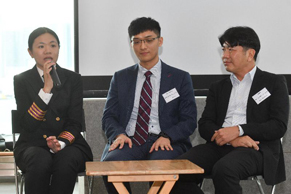 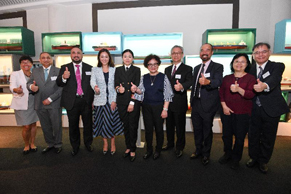